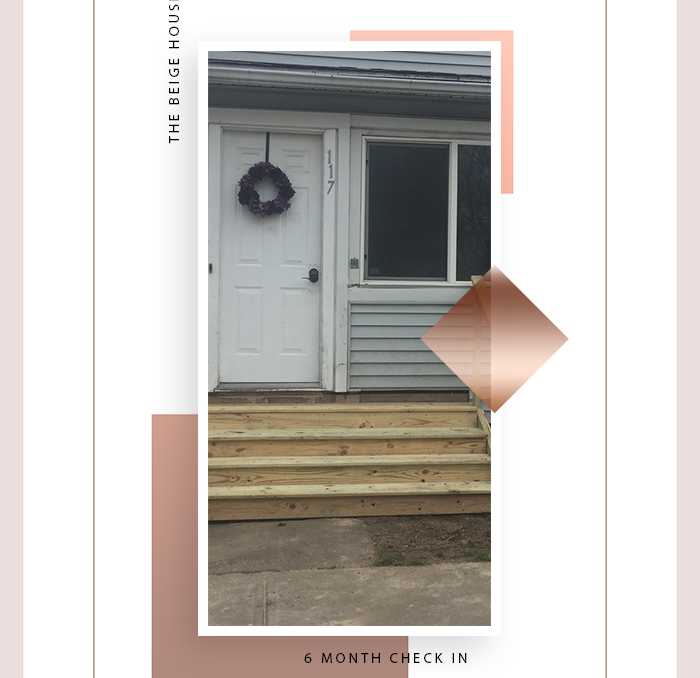 This post was sponsored, and paid for, by SunTrust. All opinions are my own.

Mr. and I still talk about the day we decided to leave NYC and find a house to call our own. January 2015: We were in The Meatball Shop (PS You must go there when you visit NYC) with his Mother, talking about what we wanted to do with our futures. After the talk, we stood in the subway station waiting for the R train, letting it sink in that we had both made a decision at the exact same point: Our dream of living in NYC was coming to an end but on our own terms. We both felt that we had outgrown Brooklyn living and were ready to find something that would better fit our goals.

Fast forward to July 2016: We're on Day 2 of house hunting in Rochester, NY. Rochester seemed like a strange place to settle on – it had very little “Brooklyn” about it, the job market was shaky, and it would completely change our way of living (AKA we'd have to buy cars). But Rochester has some things really going for it:

Obviously that last part was the huge draw, but let me be clear: we weren't millionaires and our options for homes were limited to foreclosures in okay areas, not McMansions in gated communities. The thing that really drew us here, though, was the opportunity. To me, Rochester felt like Pittsburgh ten years ago: A town that had been knocked around in a changing economy that just needed a chance. I felt like taking a gamble on Rochester would pay off if we started now. Tech and startups would be drawn to the area for the same reasons we were, which would bring innovation, which would bring in more opportunity, and the cycle would continue.

So let me get back to it: July 2016, we're on Day 2 of 7 of our trip upstate to find a home. Our options are seriously limited to about 5 – 6 houses, and we start to get hit with the reality of the compromises we might have to make for our budget: we can get a home in poor condition and fix it up (and having come from apartment living for the past decade, was not going to be an easy feat), we can get an okay home in an area that's safe-ish at best, or we can get a better home but have to sign a mortgage, which we were dubious about since we were moving to the area without securing jobs.

Day 1 was a total bust. The house we had hoped would be amazing and was #1 on our list was terrifying. The other homes we saw weren't able to accommodate Mr's height (cursed Cape Cod ceilings) or had serious issues like foundation cracks that would need to be dealt with. The other house we were really excited to see had been sold the week before. We were hitting House #3 that day feeling a bit deflated, especially since we needed to secure a bid on a house soon to keep pace with everything that needed to be done before going back to Brooklyn and riding out the remainder of our lease.

We crossed over the crest of the hill to House #3, and I said “WHOA! That's the house!”

It was a foreclosure that had been empty for ~5 years but had been surprisingly well maintained by the property company. The roof seems alright, the basement and foundation were crack free, and the neighborhood had a safety rating of “green” on Trulia. Could this be it, was this our house? We put a bid on it the next morning and held our breath.

Let me tell you that even though we chose to pay cash for our home, it wasn't any less of a daunting task throughout the process. There are still tons of forms and signatures that need to be done in a quick succession to keep HUD and the property companies at bay. Add to it the fact that we were buying a home 250 miles away without a car, and suddenly it felt like every email in my inbox was a request to sign and scan something new. Also, our real estate attorney was never available to answer anything; I ended up having a Come to Jesus with her about her behavior. Never again.

In the end, the entire process for bidding, inspections, closing, locking up insurance, wire transfers with triple-checks of account numbers, and getting the deed in our name amounted to about 45 days of gauntlet-like activity. But it was done! November 2016 we left Brooklyn and came home.

I know that there's a ton of talk out there about how Millennials like us will never own a home of their own, and how defeating that can feel (especially if you haven't even begun to try yet). Yes, Mr. and I are very much an exception to the rule since we went in a non-traditional way, but I don't think homeownership is something that is forever removed from our generation. We made compromises on location, size, and amenities (garage!), but we knew that the end goal would be much better than sitting around waiting for the perfect life to come to us. We're much happier now than when we were living the NYC Dream and we've got something that is truly ours to own. Some days it sucks (like finding out there's no sump pump and we desperately need one!), but most days it's just great to be in a place that is ours to do with what we like. And here we are now, 6 months down the line:

When you're ready to look into becoming a homeowner, you need to be prepared and SunTrust Mortgage wants to help. They've created an amazing resource guide with tips and ideas on how to purchase your first home without hitting major hurdles in the mortgage process. Check it out!

SunTrust and I want to hear about your 6 months when you decide to make the jump to homeownership! Let me know your journey in the comments.

At SunTrust Mortgage, we make it a priority to learn all about your unique circumstances. Confidence starts with a conversation.

The Best Accessories for a Modern Patio

8 Reasons Why You Should Try Gardening