I am no green thumb. Most of my relationships with my plants are tentative at best, but Iâ€™m a hopeless romantic when it comes to gardening. In my head, I have the potential to create beautiful greenery both inside and outside of my home.

That beautiful life seems to forget that I have 2 cats who like to nibble on spider plants, or the dog who loves to get caught in the garden fencing, or my constant forgetting to water/feed the plants.

But damn it, hope springs eternal.

Most of my plants and flowers come from the clearance section at Loweâ€™s, which comes with its own challenges. My grandfather is a fixer; heâ€™s always able to fix a broken appliance or widget by tinkering with it. When I asked him how he learned to do all of this he said â€œwell, we never had any money so if something broke I opened it up and tried to fix it. I figured it was broke anyhow, so whatâ€™s the harm in trying?â€

Thatâ€™s how I see my life in the clearance plant department: these poor things are on the way out and are discounted as such. If I can save these plants, awesome! If I canâ€™t, well, at least I didnâ€™t kill something that was strong and healthy before.

So far Iâ€™d say that my success rate has been 70%. Most of the plants are salvageable, but only for a little while. Very few of my plants have gone on to become successful adult plants.

But I keep trying, nonetheless. My most precious plants are my 3 hibiscus plants, mostly because itâ€™s so unlikely to have them in a New York climate. I rescued all 3 of them for $1 each, and Iâ€™ve committed to working my face off towards keeping them alive. Iâ€™ve been able to nurse them back into continuous blooms on my deck during the summer, but the winter…the winter is another story.

I think Iâ€™ve mentioned this before but, my house doesnâ€™t get a ton of light. The majority of the windows are on the west so they arenâ€™t the best for trying to keep tropical plants alive. I have only 1 window that faces east and that’s in the guest room. Needless to say, itâ€™s a little cramped around the window.

So howâ€™s it going?

Plants That are Surviving Winter

Weirdly, the plants that are doing the best are the ones on my front porch. While theyâ€™re protected from the elements, the porch isnâ€™t heated so theyâ€™re still susceptible to the cold temperatures, but that doesnâ€™t seem to be a problem for most of them. I mean, even the snapdragons are still blooming! 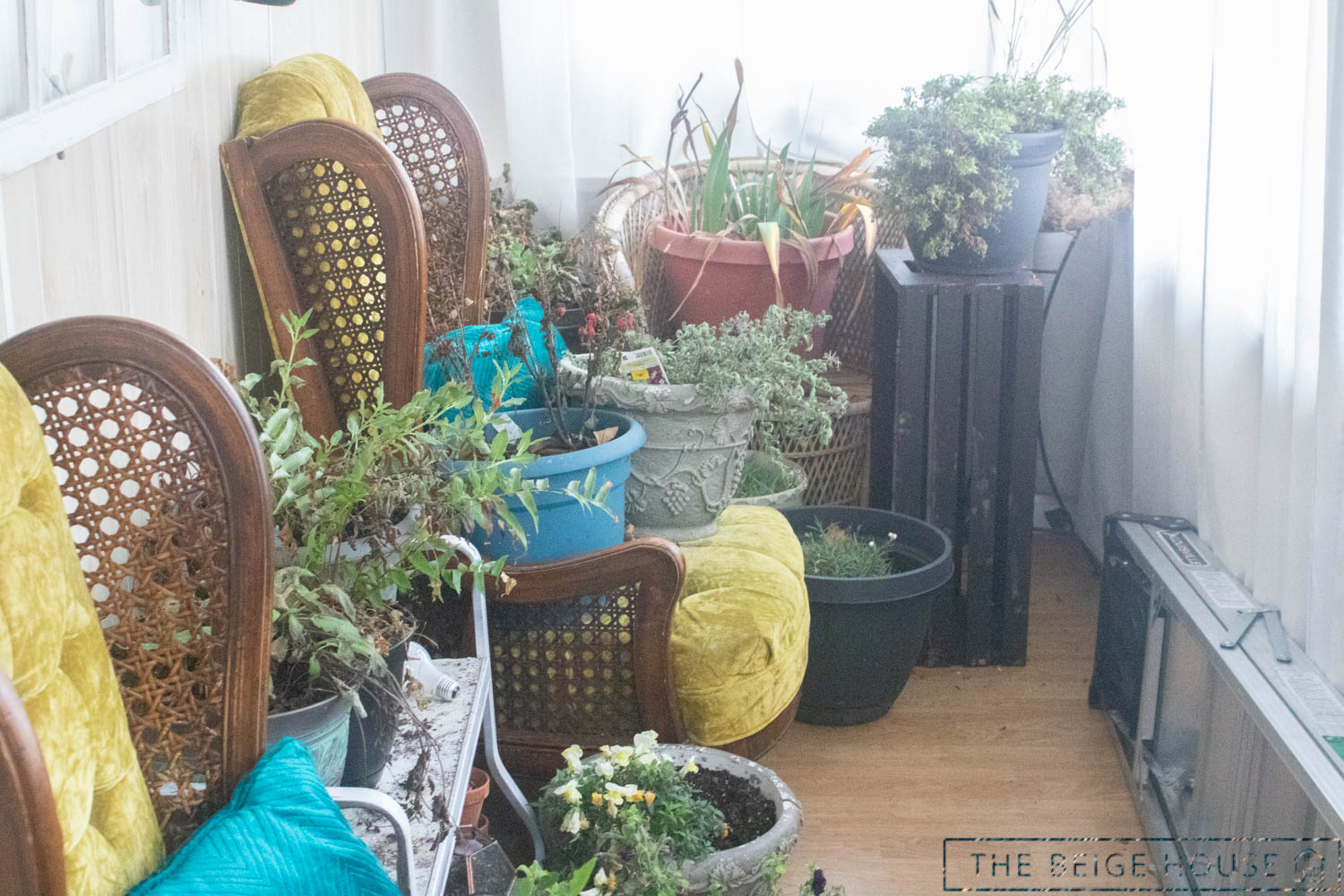 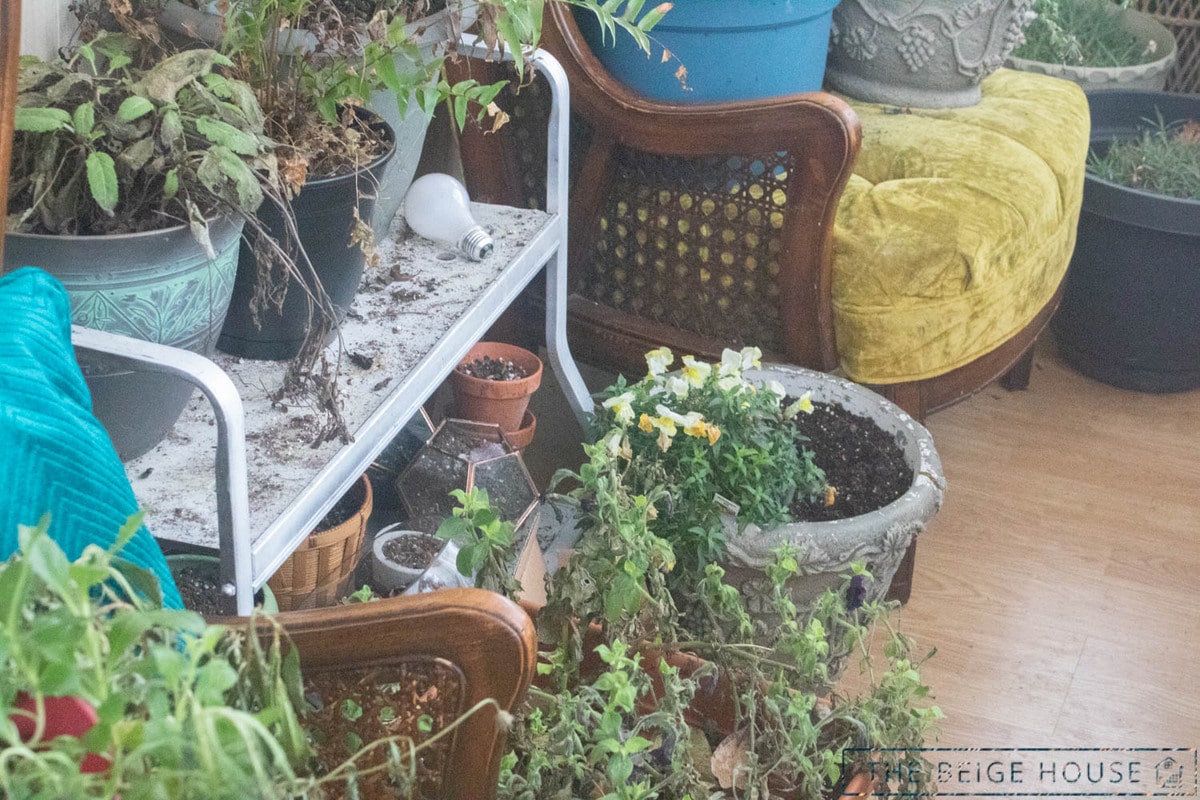 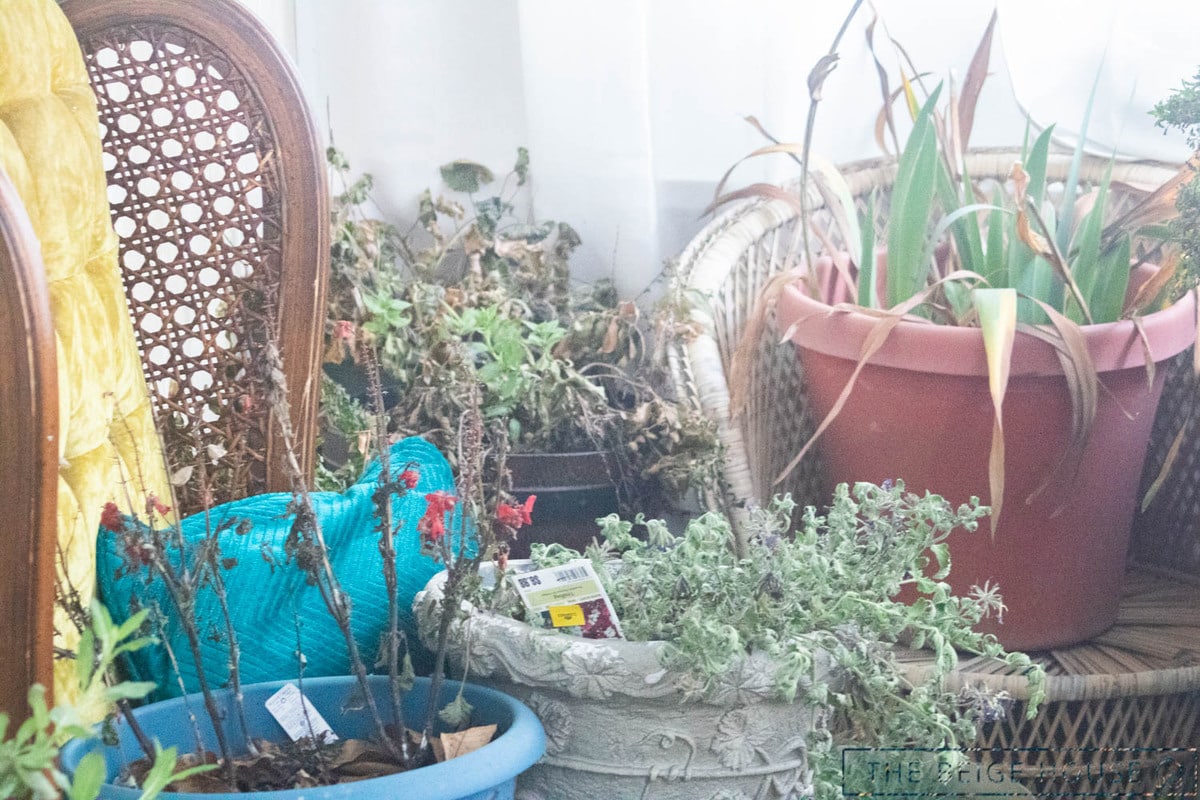 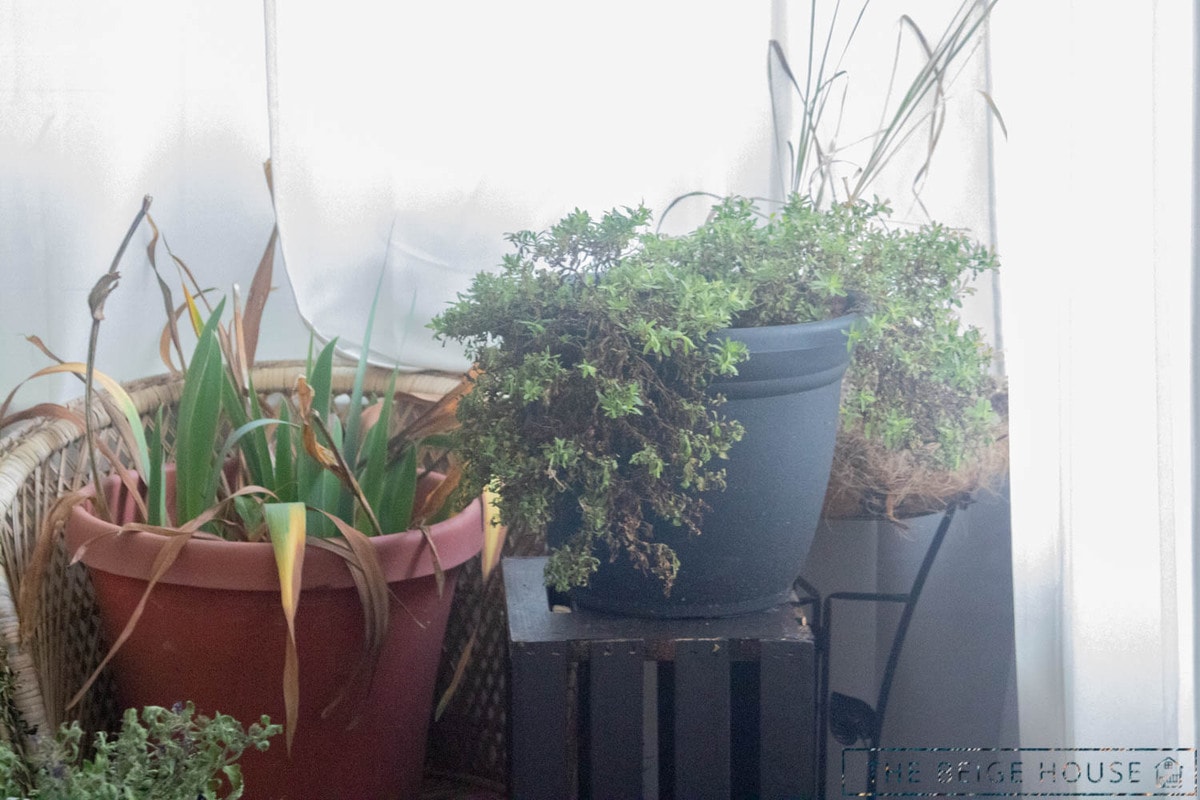 Also, my aloe plant, which didnâ€™t grow at all for a year, is suddenly flourishing, but more on that later.

Plants That Arenâ€™t Doing So Well

Let me sum it up with: 98% of the plants Iâ€™ve brought inside have had issues. The exception being the tropical plants: hibiscus, aloe, and my palms. 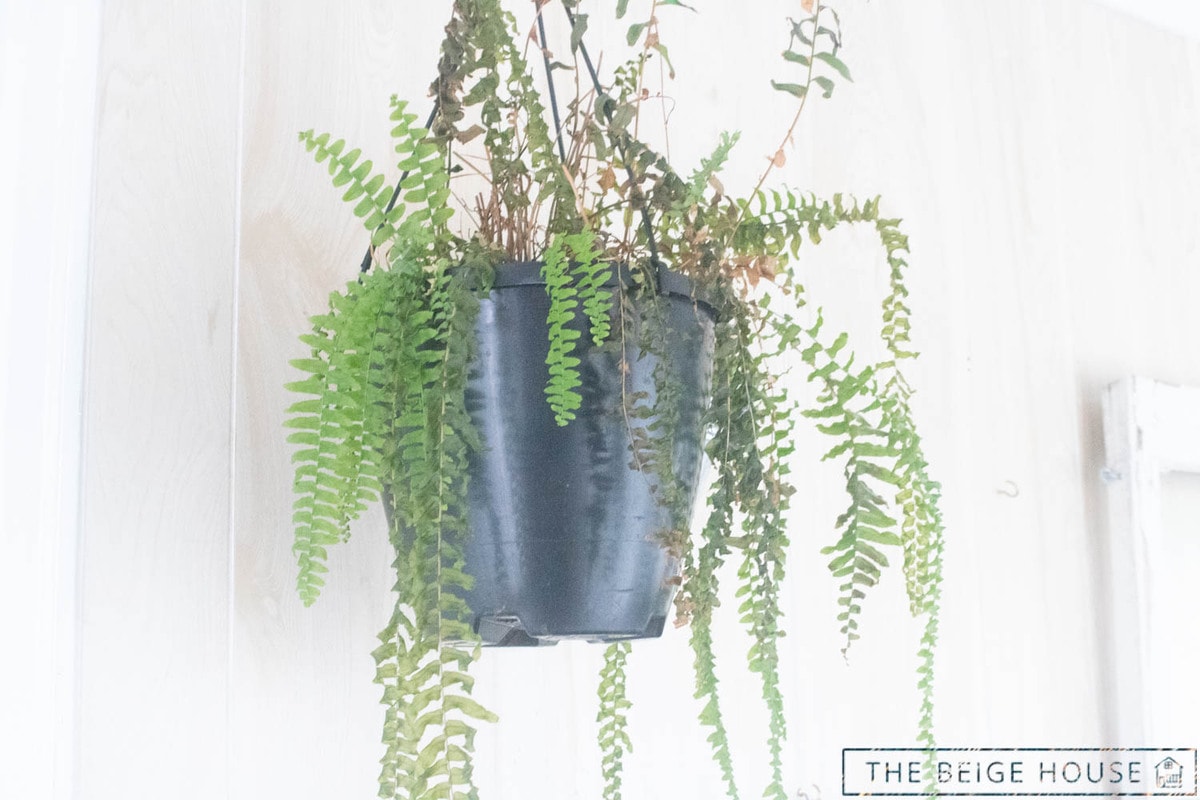 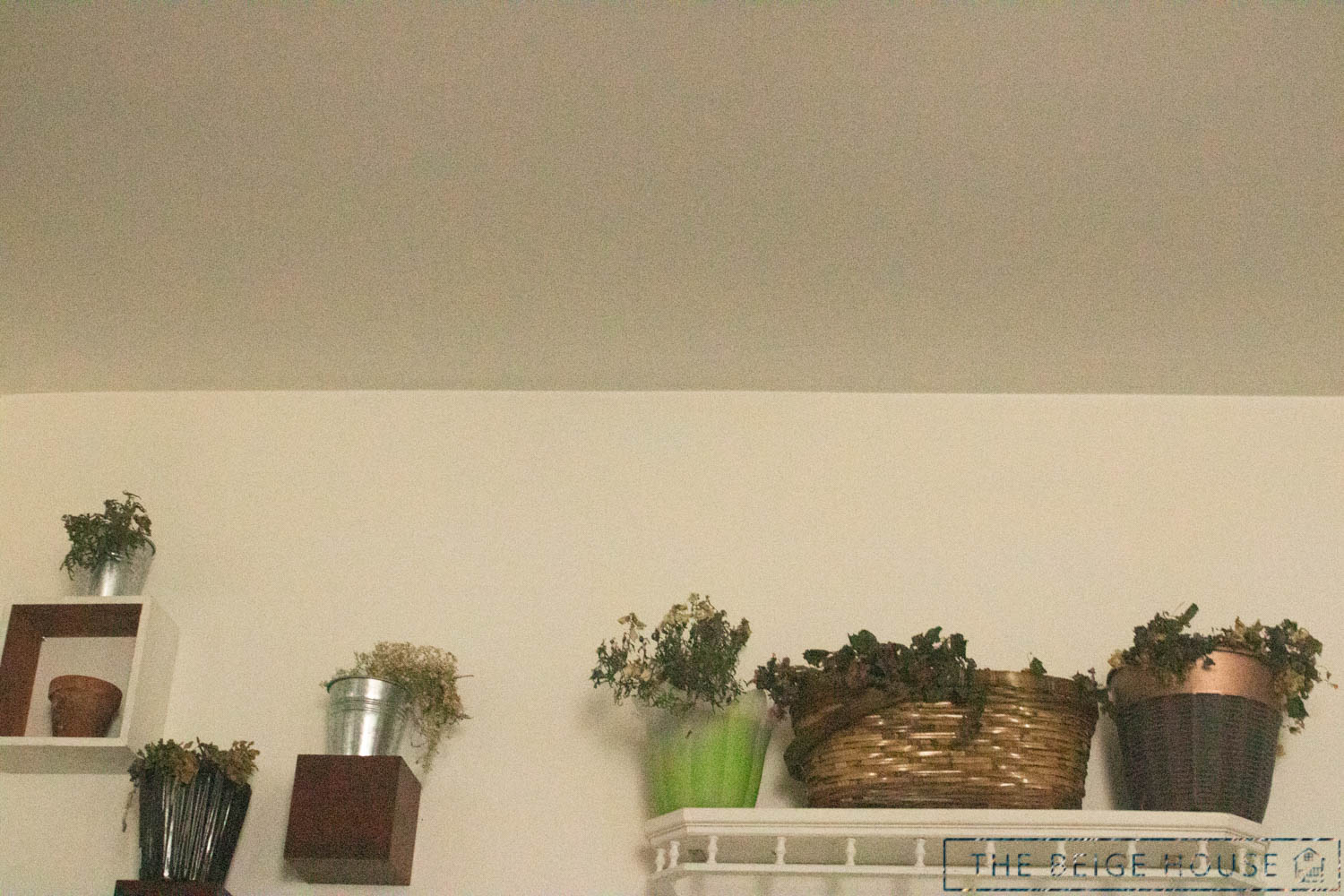 My house is dry AF. You know how I know that? All of my flowering plants shriveled up like Spongebob at Sandyâ€™s biodome.

Smarter people wouldâ€™ve guessed this based on their perpetually cracked lips and itchy scalp, but I never gave it much thought. Iâ€™ve now bought a humidifier for the guest room and an old-timey looking spritzer to mist the plants in addition to watering them. 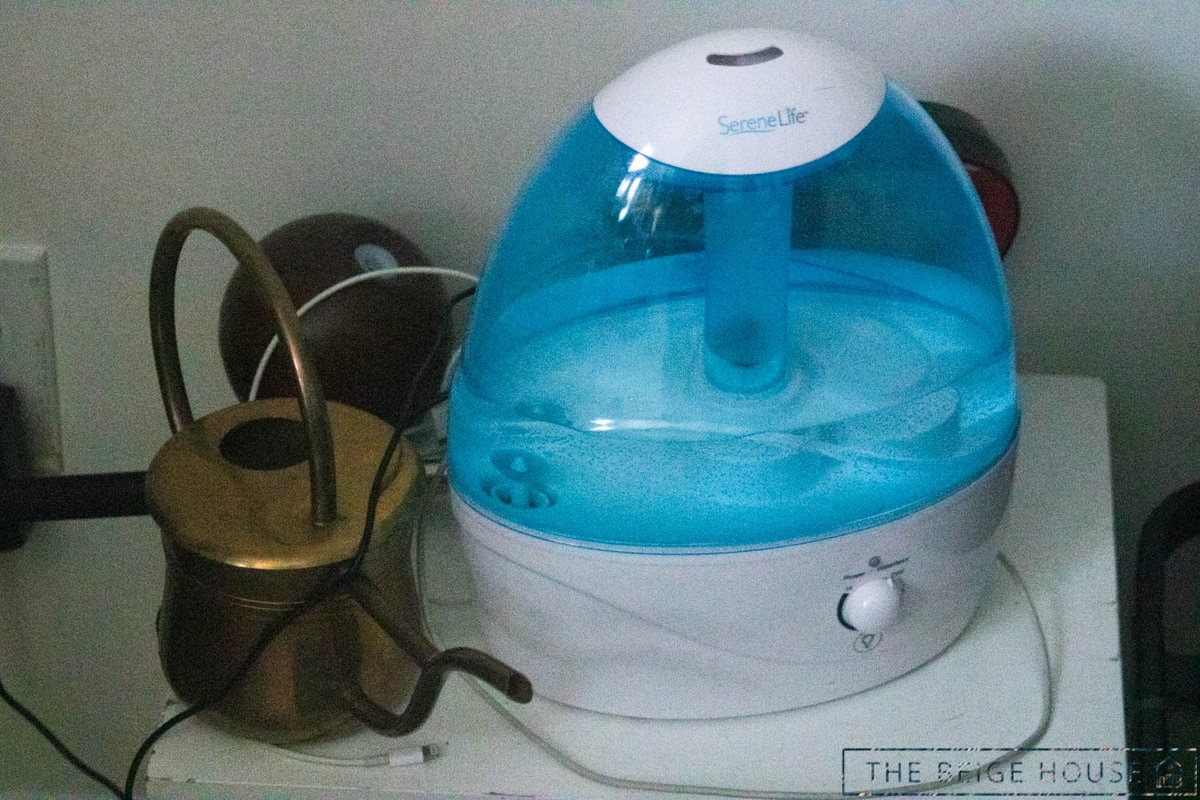 Also, ferns. I canâ€™t seem to keep a fern alive and flourishing no matter what I do. Eh, whaddyagonnado.

Plants That Are On The Mend

I had a panic attack when I saw the beautifully rehabbed hibiscus plants lose their leaves and blooms within a week (maybe a week+). Luckily these plants seem to be ridiculously hardy, as theyâ€™ve come back from the brink of death for the second time and are slowly starting to green again. 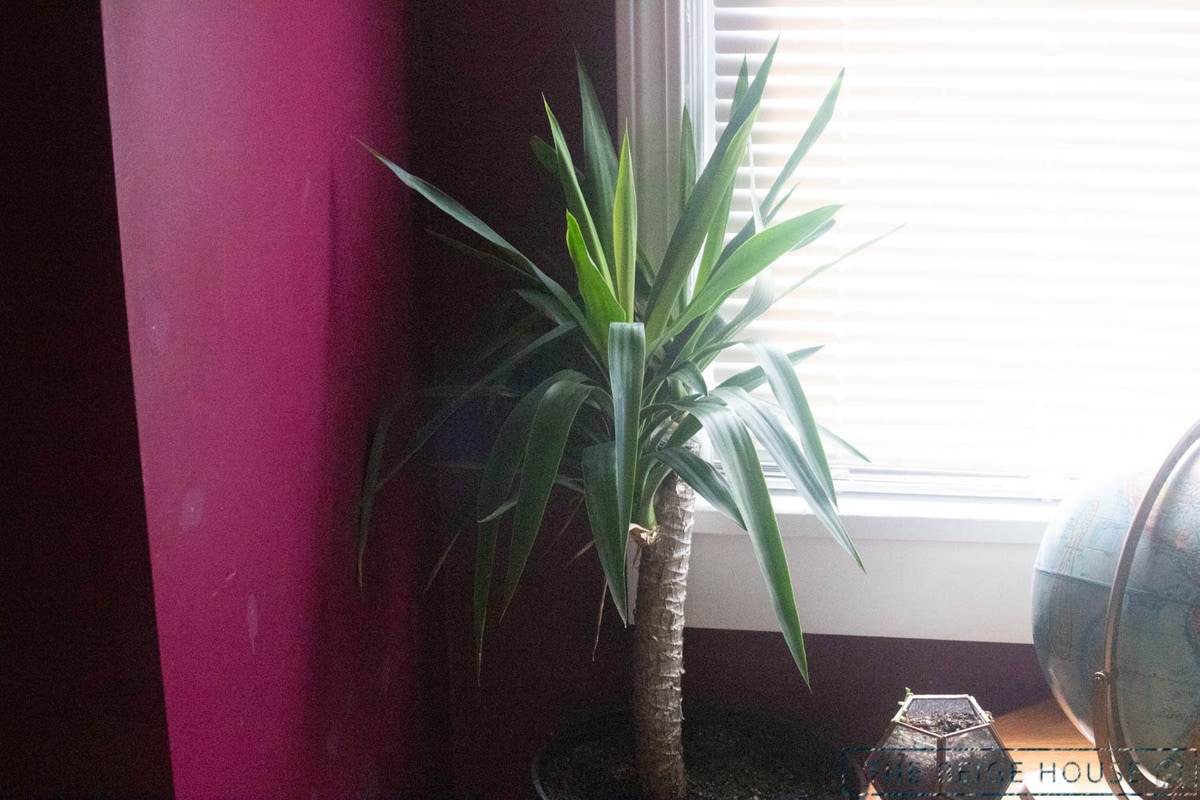 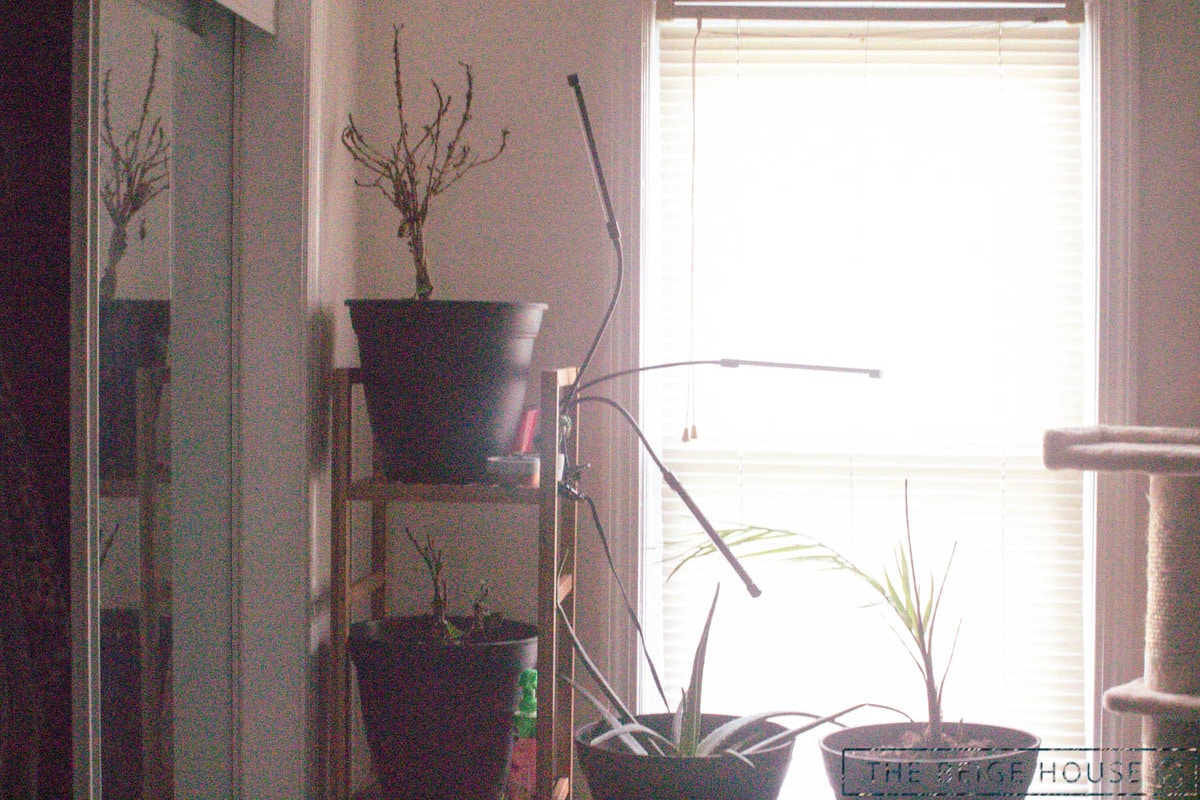 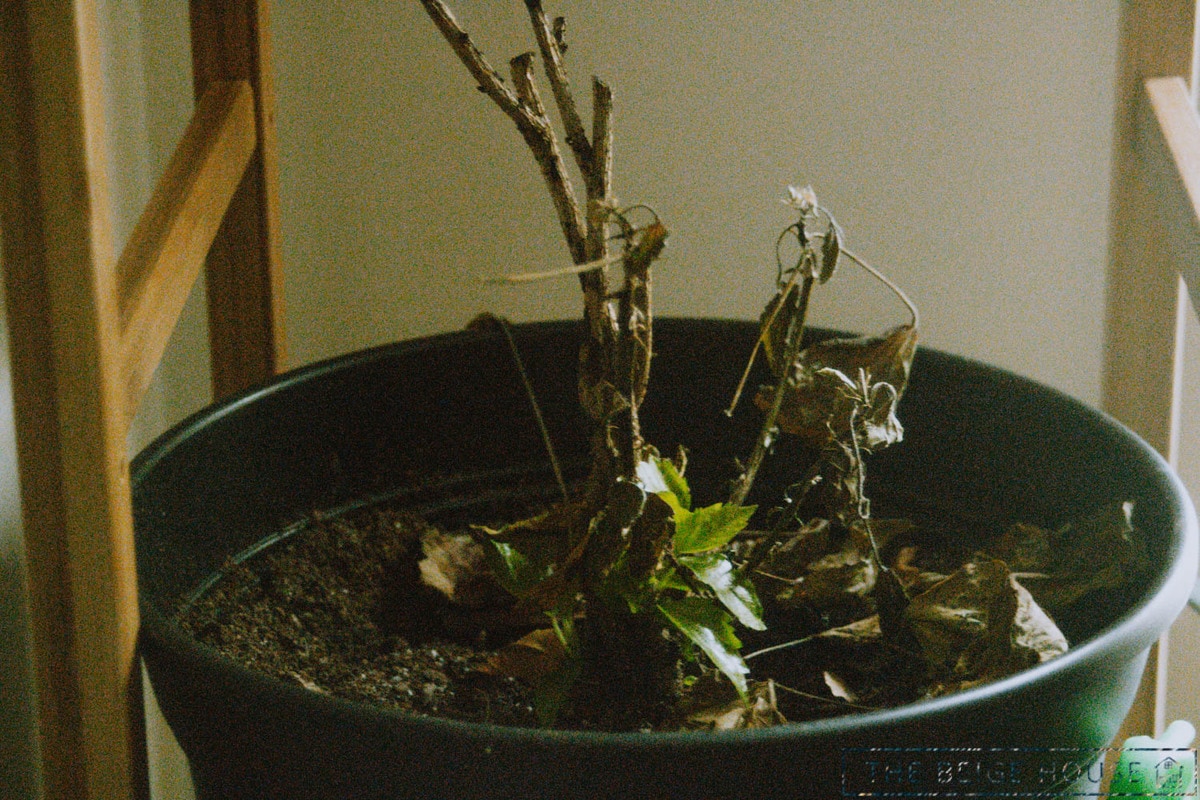 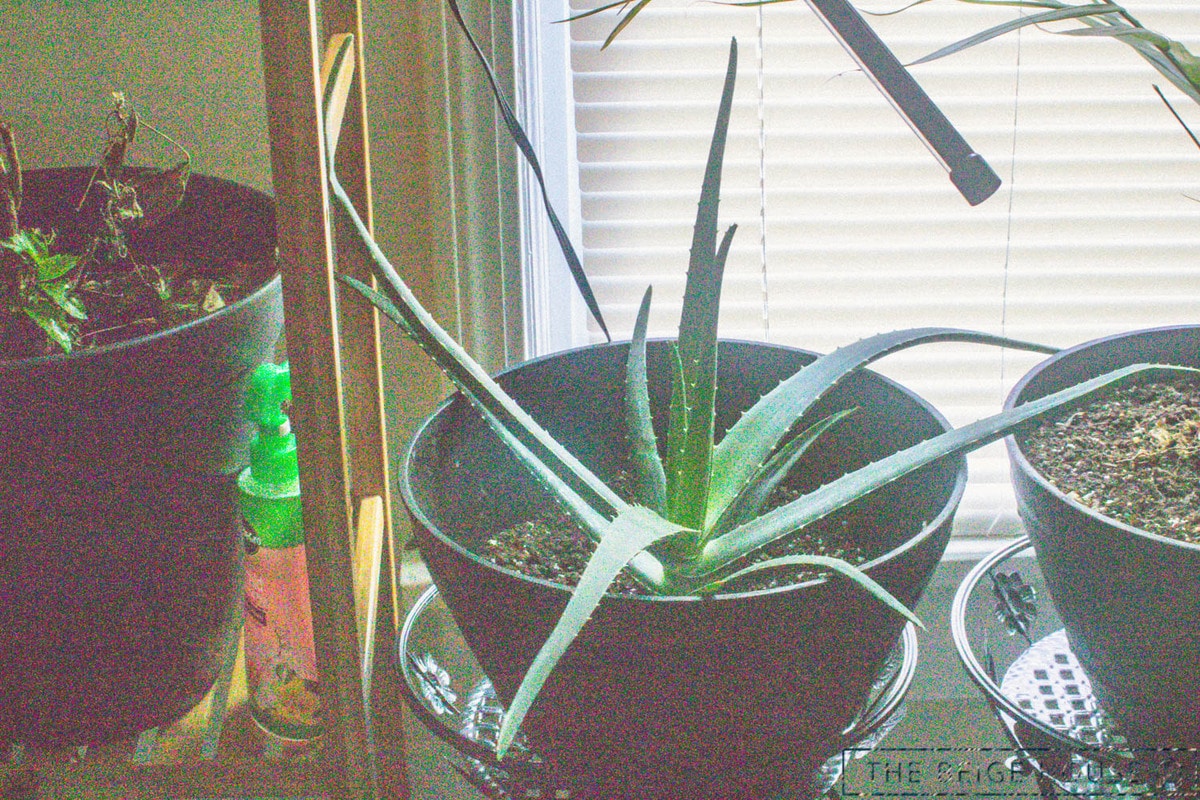 My succulents I have a love/hate relationship with. Donâ€™t ever believe people that say theyâ€™re easy to care for, especially if youâ€™re an anxious person. Succulents need to be left alone, I hear, but I hover and then over water. Which then goes into an under watering freakout and it becomes a vicious cycle of emergency triage. Shout out to jade plants for being so chill.

Jumpstart your new obsessive hobby with this free guide that lists the top easiest plants for newbies to grow!

13 Tips to Transform Your Walls

Created to house the endless hoard of all things house-based, The Beige House is writer Megan Brame’s hub for Millennial women looking to turn their first house into a home. The Beige House features content centered around creating an aesthetic heavily centered on industrial elements, jeweltones, and just a whole lotta plants.

Come for the plant hauls, stay for the dog pics.

MORE ABOUT MEGAN • DISCLOSURES • GET IN TOUCH

The Beige House is a participant in the Amazon Services LLC Associates Program, an affiliate advertising program designed to provide a means for sites to earn advertising fees by advertising and linking to Amazon.com.