This feels so silly to say, but Iâ€™ve been a poor stereotype for a while. My clothing life has been so blah for such a long time, I pretty much stuck to V-neck shirts and jeans (well, still kinda do). However, Day Job requires I look presentable some of the time (though everyone in my final interview were in cargo shorts so â€œsome of the timeâ€ is more a ME rule than a â€œthey require itâ€ rule) and my town has freaking BALLER thrift stores around here. The stores are so great that Iâ€™ve even begun to get Steve into becoming a clothes horse (though he is so much easier being a slender, tall man). I mean, homeboy got a Calvin Klein suit here for $7. SEVEN DOLLARS. I hate him sometimes.

Anyhow, both of us have acquired a number of clothes that are bordering on the â€œschmancyâ€ side of things…and now that I think about it, we also have an abundance of our V-neck and jeans pieces, too. My point is, I am 35 and only now have had the need to switch out my clothes for the seasons.

Side note: thatâ€™s not entirely true. I had to do it when I was a teenager, but Iâ€™d say college is really when I began to wean myself off of…well…having â€œstuff,â€ I guess. 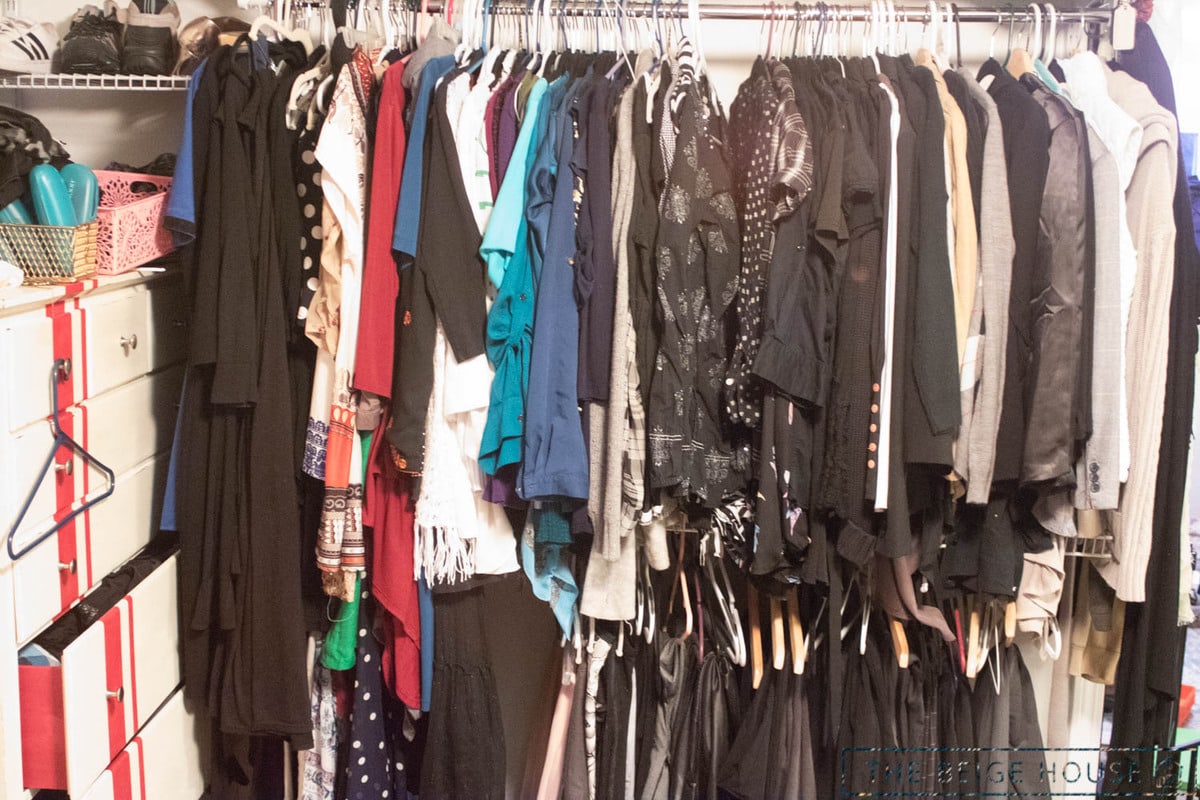 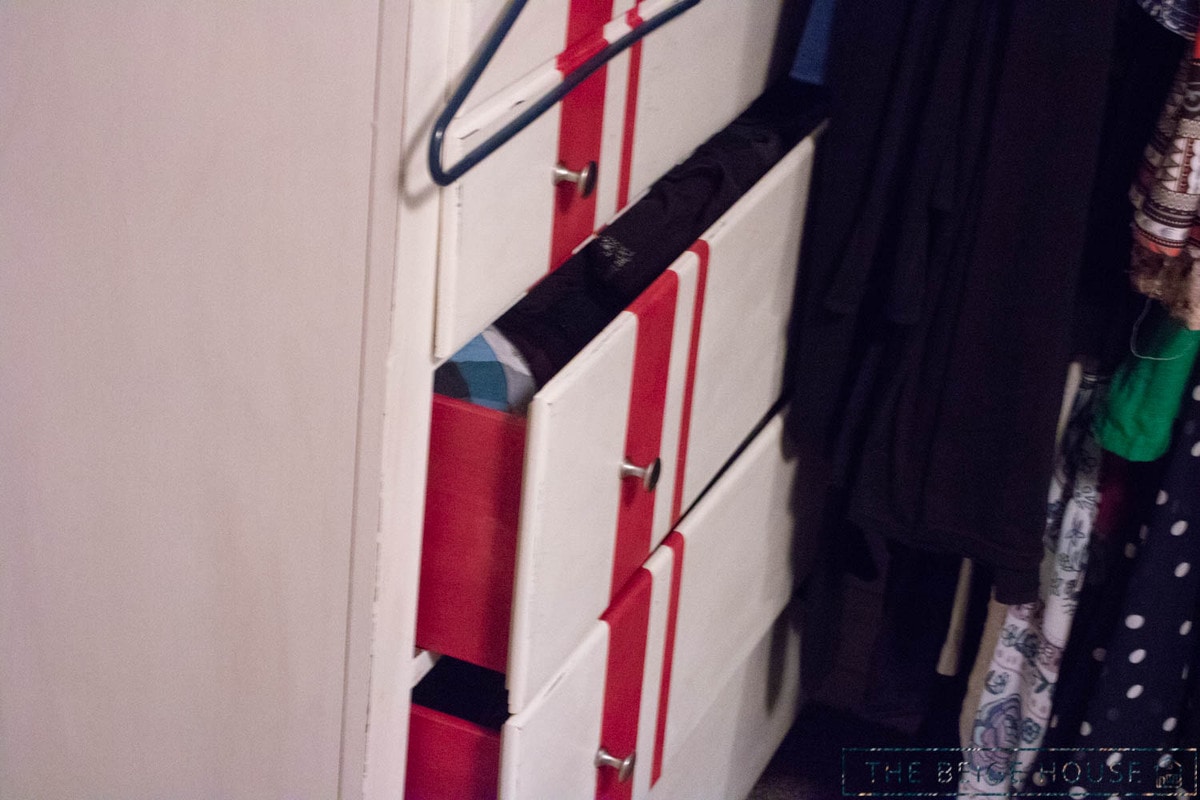 I went over to Amazon (because: lazy) and looked for storage solutions that would fit under the bed, had a little give (because I knew Iâ€™d stuff the shit out of them), and were cheap.

I ended up with one of these for my clothes 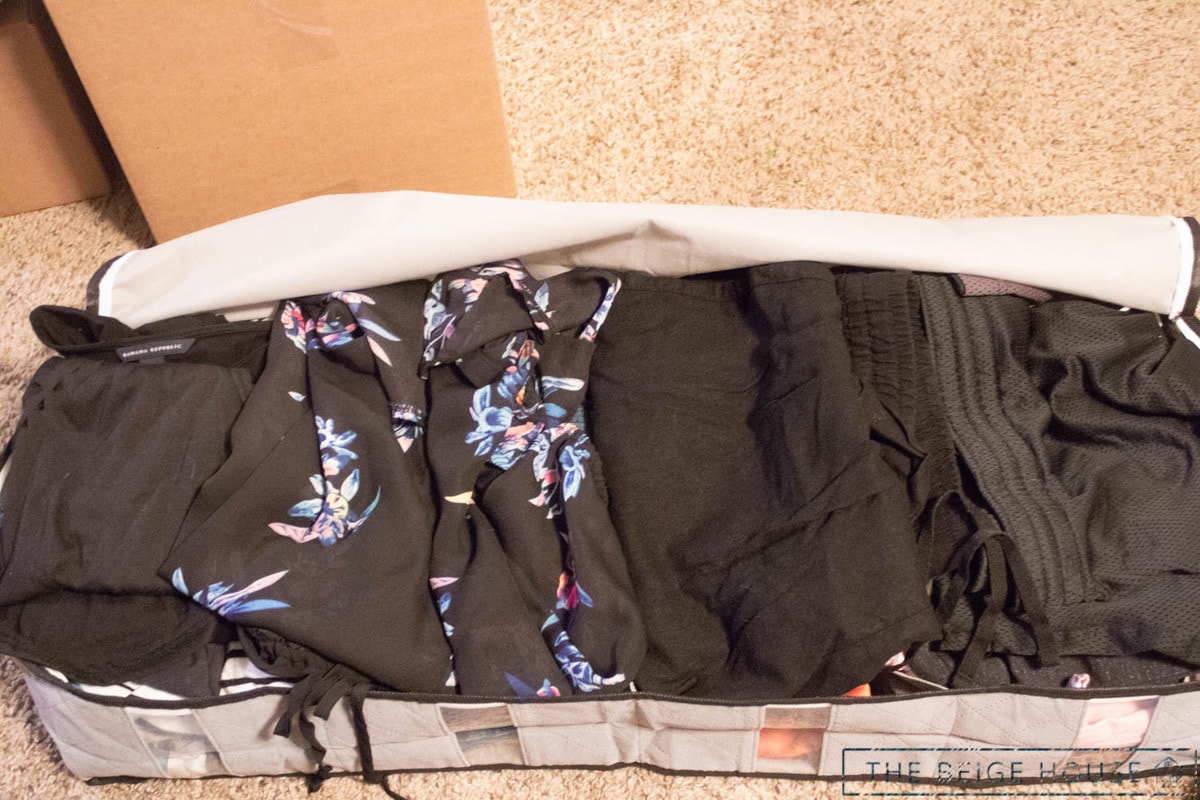 Then realized, oh yes, I definitely need a second one. What have I become? 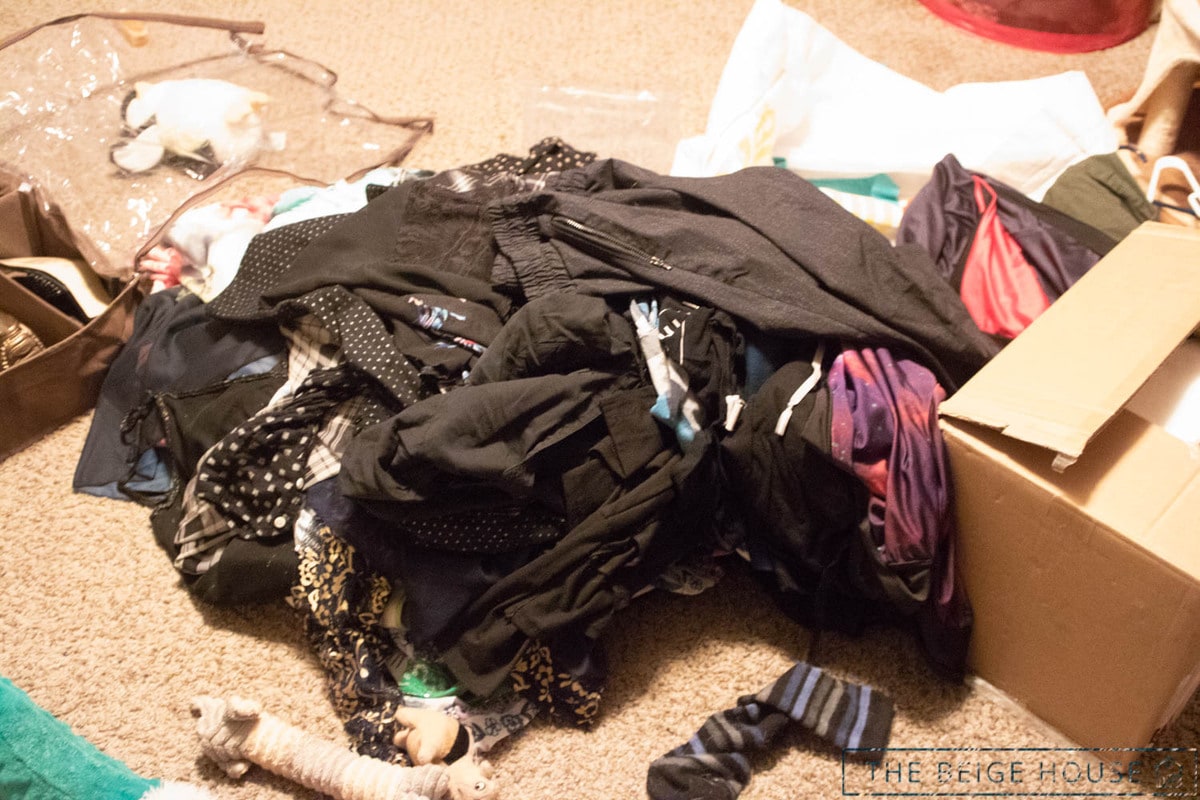 And this guy for my sandals. 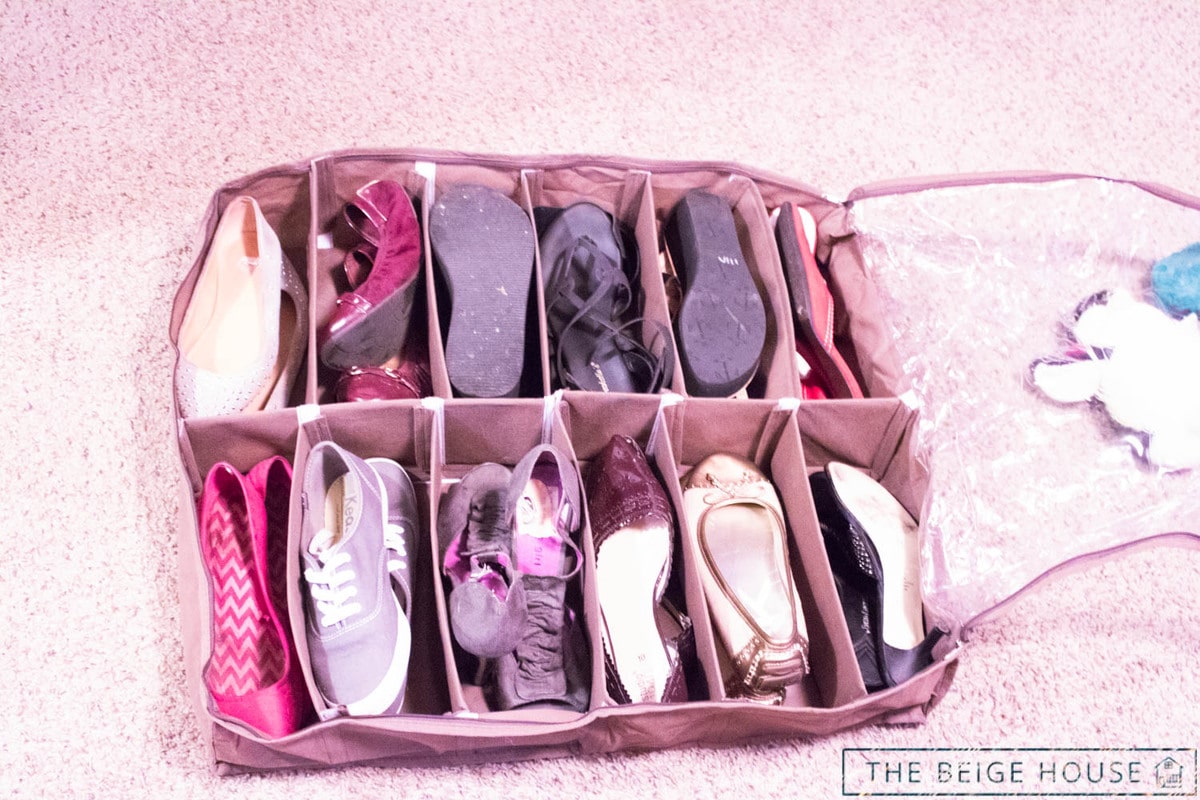 Am I the only one who gets a little bit of hoarders anxiety doing this? What if I NEED these open-toed sandals in January?! (Iâ€™ll need them in February for our anniversary trip to Cancun, but thatâ€™s a later problem.) Iâ€™ve been talking myself down about it and am for the most part okay with the decision to move everything 40 ft over to where our bed is. But still…you know…anxiety.

The shoe storage slid under our bed uber easily and I would recommend it. The clothing ones probably would have slid under easily if I had bought a third one, but itâ€™s the principle of it all…two is plenty and I am NOT getting a goddamn third clothing storage bin.

Created to house the endless hoard of all things house-based, The Beige House is writer Megan Brame’s hub for Millennial women looking to turn their first house into a home. The Beige House features content centered around creating an aesthetic heavily centered on industrial elements, jeweltones, and just a whole lotta plants.

Come for the plant hauls, stay for the dog pics.

MORE ABOUT MEGAN • DISCLOSURES • GET IN TOUCH

The Beige House is a participant in the Amazon Services LLC Associates Program, an affiliate advertising program designed to provide a means for sites to earn advertising fees by advertising and linking to Amazon.com.